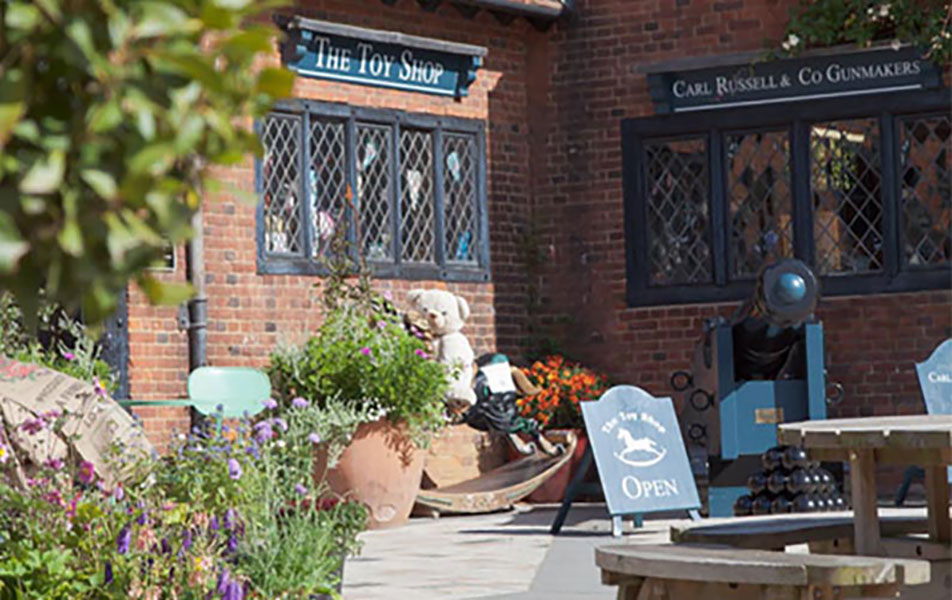 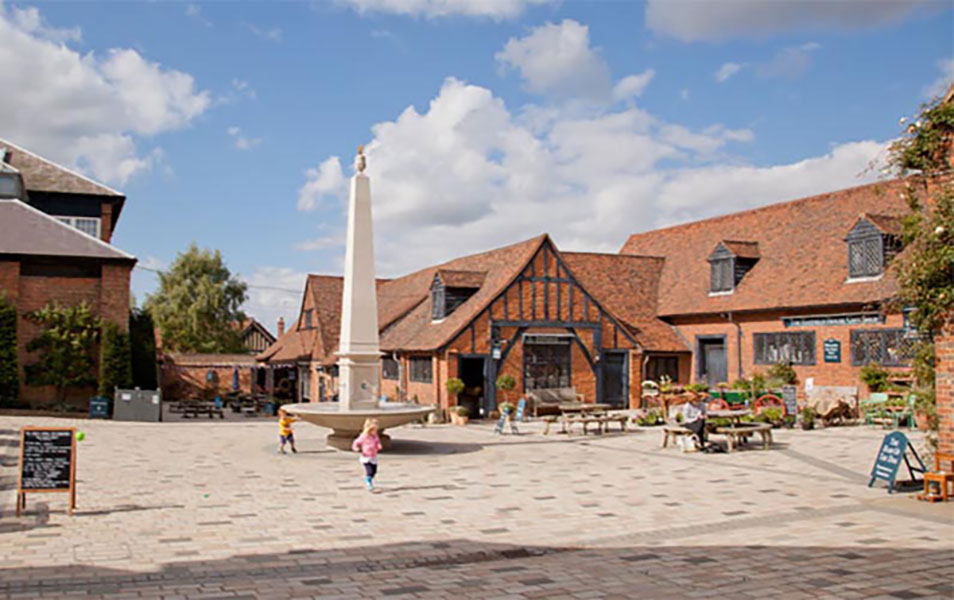 Plans of the buildings around Stable Yard were drawn up in 1911 and most of the work was completed in 1915. In that year the Old Palace, which for almost 300 years had been used as the main stables for Hatfield House, was restored as a banqueting hall, so a new stable block was needed to house the horses. The names of some of them including Sally and Helles can still be read in feint lettering below the windows in the Gift Shop.

The buildings around the Stable Yard were designed not only to house the horses but the coaches as well as the family’s early motor cars. In addition there were workshops, a donkey stable, harness room and saddle rooms.

The Gift Shop was moved out of Hatfield House to the stables in 1986. Later it was joined by other shops and attractions. In 2010 the whole area was transformed into the retail attraction which we have today.

In the centre of the courtyard there is a fountain which is surmounted by a pineapple – the symbol for hospitality – which was hand crafted in Devon.