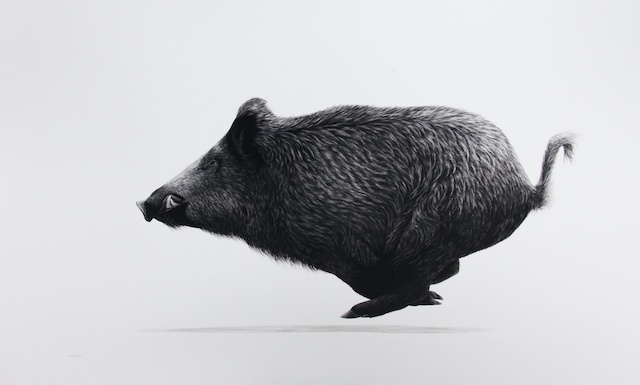 Shooting with his father in his early teens provided Keith Sykes with the initial inspiration to draw and paint. His early pictures were an attempt to capture the excitement and atmosphere of coastal wildfowling for which he had a passion, and were strongly influenced by the work of Sir Peter Scott.

Largely self-taught, Keith’s early pictures were produced in both oil and watercolour, but for a number of years he has concentrated on the use of scraperboard. Although extremely time consuming, scraperboard is an ideal medium for depicting fur and feather. By using only black ink on a white background he relies purely on light and shade to capture the unique character of the animal or bird he is portraying.

​Specializing primarily in the portraits of sporting dogs, most of Keith’s work is commissioned, an increasing amount of his subjects are horses, British wildlife and African Game.

​Keith is a member of the Redspot Artist group.

We aim to dispatch all goods within 1-3 working days of receiving your order, all orders will be sent to the address provided using Parcelforce 24hr delivery please allow 3-5 working days for you order to arrive.

International Deliveries
For all overseas deliveries, as our products vary in size and weight we would ask for you to contact us first before placing an order and we can quote accordingly.

Returns
We hope you will be pleased with your order, but if you are not we are happy to refund or exchange items. All we ask is that you return them in original packaging and unworn with all original labels. Please return within 14 days, if you would like to discuss your order further please email or telephone us quoting your order number.